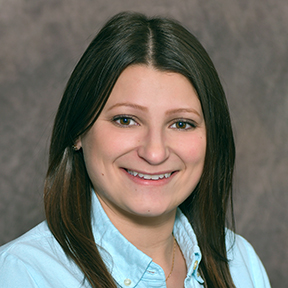 Anna Meyers was born and raised in Rhode Island and enjoyed every minute of growing up in the Ocean State. One of Anna’s favorite parts of growing up near Providence was spending time at Temple Beth-El, where she developed a passion for Reform Judaism and Jewish education. Anna continued her Jewish education at Northeastern University in Boston, earning a BA in Jewish studies in 2015 and participating in Jewish life as an intern for Northeastern Hillel and a student board member. Anna stayed in Boston following graduation, working for Northeastern Hillel as the Director of Jewish Student Life and as a grade 3 religious school teacher at Temple Israel. Anna greatly enjoyed the Israel travel opportunities working for Hillel, staffing three Birthright trips and two alternative spring break volunteer programs. In large part thanks to her Israel travel with Hillel, Anna decided to spend a year in Ashdod through Masa Israel’s teaching fellows program. Anna is currently in the rabbinical program Hebrew Union College-Jewish Institute of Religion in Cincinnati, where she has served as the Madrichim coordinator at Rockdale Temple, an educator for Kulanu, and a student rabbi at B’nai Israel in Grand Forks, North Dakota.