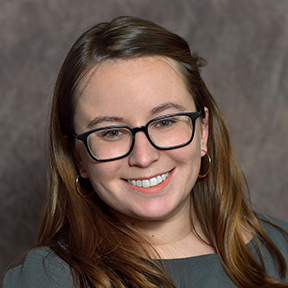 Ashley Barrett is a rabbinical student at Hebrew Union College-Jewish Institute of Religion in Cincinnati. A native of northeast Ohio, she calls Temple Israel in Akron her spiritual home. She spent every summer of her childhood at URJ-Olin Sang Ruby Union Institute in Wisconsin and graduated from Miami University with a degree in history and Jewish studies Since graduation, Ashley has been busy working and learning about different aspects of the Jewish community. Most recently, she served the Jewish community of St. Louis, Missouri, as the Program and Engagement Associate at the Hillel at Washington University. She also lived in the Moishe House in St. Louis, where she led programs for the young adult community. During her time as a rabbinical student she has served as TJF fellow at Mercaz, the Cincinnati Conservative movement’s supplemental Jewish high school.