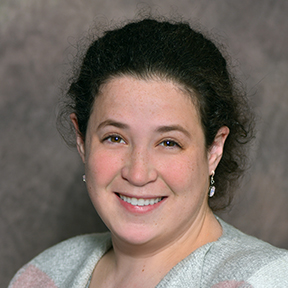 Caitlin Brazner is a rabbinical and education student at Hebrew Union College-Jewish Institute of Religion in Cincinnati. After graduating college in 2010, Caitlin participated in AVODAH: The Jewish Service Corps. This transformative, year-long program for young Jewish adults gave her the opportunity to work at a non-profit serving underemployed and undereducated adults in Washington, DC, to volunteer, and to study the intersection of Judaism and social justice. Caitlin credits her AVODAH year with inspiring her to pursue a career in meaningful, impactful Jewish professional work. After AVODAH, she worked for five years in Reform congregations in Washington, DC and Baltimore, Maryland, as well as at URJ Camp Harlam, in Kunkletown, Pennsylvania. It was during these years of exploration, mentorship, and reflection that Caitlin discovered her true calling to serve the Jewish people through the rabbinate. Originally from Milwaukee, Wisconsin (Go Packers!), and a graduate of the University of Wisconsin-Madison (Go Badgers!). During her time as a rabbinical student she has served as the student rabbi of Temple B’nai Israel in Kokomo, Indiana, and as TJF fellow at Congregation Beth Adam in Loveland, Ohio. Caitlin is happy to find herself in the midwest again with her husband, Scott Larsen.

Emunah and Avodah: Joining Belief and Action in Sacred Work

Mi ʾAnochi: Who Am I to Do This Work?

Paying It Forward: The Power of Mentors