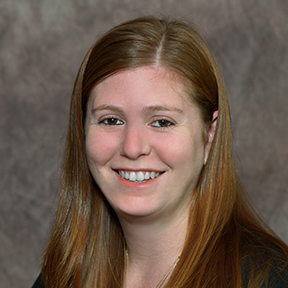 Deborah Goldberg is a rabbinical student at Hebrew Union College-Jewish Institute of Religion in Cincinnati. During rabbinical school, she has served as a student rabbi at Synagogue B’nai Israel in Grand Forks, North Dakota, as an education fellow at Isaac M. Wise Temple in Cincinnati, Ohio, as student rabbi at Oheb Shalom Temple in Sandusky, Ohio, and as in intern in the National Office of Recruitment and Admissions. Prior to starting rabbinical school at HUC-JIR, Deborah served as the Teen Programs Coordinator at the Jewish Council on Urban Affairs in Chicago, Illinois. In this role, she managed all aspects of JCUA’s teen social justice program, Or Tzedek. Before working for JCUA, Deborah was an Eisendrath Legislative Assistant at the Religious Action Center of Reform Judaism in Washington, DC. She returned to the RAC during the summer of 2017 to coordinate the Machon Kaplan Summer Internship program. Deborah graduated from Washington University in St. Louis in 2013 with majors in history and political science. She spent her summers as a camper, staff member, and unit head at URJ Olin Sang Ruby Union Institute in Oconomowoc, Wisconsin. She returned to camp in summer 2018 to be the Summer Program Director. When she is not working or studying, Deborah can be found hiking through a national park or reading a good book.

We Can’t Fix Everything