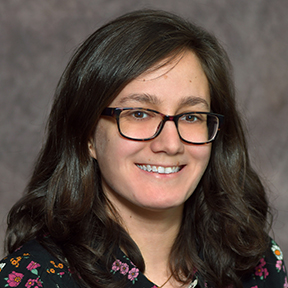 Eliza McCarroll was born and raised in Sydney, Australia. She grew up in Netzer Australia (the Reform youth movement), and later worked at her home congregation, North Shore Temple Emanuel. Eliza obtained a BA in communications from the University of Technology, Sydney (UTS) and thena postgraduate diploma in international relations from Macquarie University, also in Sydney. Upon receiving her BA, she also studied for a year at Hebrew University in Jerusalem, where she also volunteered for the Israel Religious Action Center (IRAC). As a student at Hebrew Union College-Jewish Institute of Religion in Cincinnati, Eliza has served as the student rabbi at Congregation Anshe Emethin Piqua, Ohio, and TJF education fellow at Rockwern Academy. She has also taught a junior high elective at Wise Temple. In her spare time, Eliza enjoys travel, reading, yoga, anything to do with food, and, when back down under, going for walks with her best canine companion, Billy.

The Paradox of Teaching