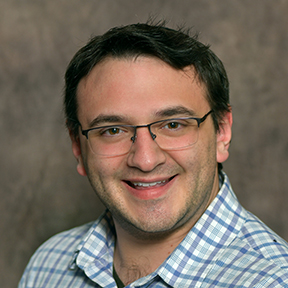 Jonathan Falco was born and raised in Westchester, New York. Eager to leave the suburbs for college, he left to study at Emory University in Atlanta, Georgia, and obtained his BA degree in Jewish studies, studying with such luminaries as David Blumenthal and Deborah Lipstadt. After graduating in 2014, he decided to spend time living in Israel to improve his Hebrew skills and fluency. After a year of splitting his time between Beth Shemesh and Jerusalem, he moved back to the US to focus on serving the American Jewish community as the Engagement Associate for Hillel at the University of Delaware. Two fulfilling years later, he had the privilege of moving back to the heart of Jerusalem, this time as a rabbinical student at Hebrew Union College-Jewish Institute of Religion. During his time as a rabbinical student, he has been thrilled to serve as student rabbi at the United Hebrew Congregation in Terre Haute, Indiana, and he has valued the work of supporting students as a teaching assistant for an introductory Hebrew course at the University of Cincinnati as part of his Education Fellowship through the Jewish Foundation of Cincinnati. Jonathan is happy to be in the midwest and excited to spend his time as a rabbinical student here in Cincinnati.

From Ordinary to Extraordinary: When Work Complements Life