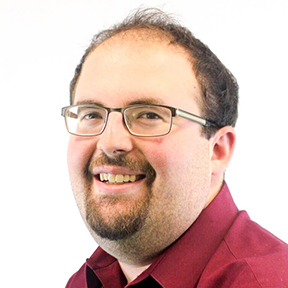 Michael Weiss is a student in the rabbinical program at the Cincinnati campus of the Hebrew Union College-Jewish Institute of Religion. He grew up in Connecticut, but came into his own in Toronto, where he developed a love of Canadian-Jewish culture.

Michael received a BA in Jewish Studies from McGill University in Montreal, Quebec, where he grew up, and lead a Reform prayer community through Hillel Montreal. He also served as a Jewish educator at URJ Camp George in Parry Sound, Ontario and Camp Harlam in Kunkletown, Pennsylvania. Working at Jewish summer camp, he was able to develop meaningful programs for campers of all ages, while also contributing to the sense of high-spirited fun that makes camp so important to many Jewish young people.

He has brought his passion for prayer and Jewish learning to congregants while serving as student rabbi at Congregation Beth Boruk in Richmond, Indiana and at Mt. Zion Temple in Sioux Falls, South Dakota.  Past TJF fellowships have included joint-teaching a seventh- and eighth-grade class at Rockdale Temple in Cincinnati and providing research for support groups at Jewish Family Service. He has also engaged in clinical pastoral work at Bethesda North Hospital and Good Samaritan Hospital in Cincinnati, working with chaplains, patients, and their families.

Michael is passionate about creating accessible but challenging prayer experiences, teaching and learning from people of all ages, and encouraging menschlichkeit.

God Speaks from the Whirlwind