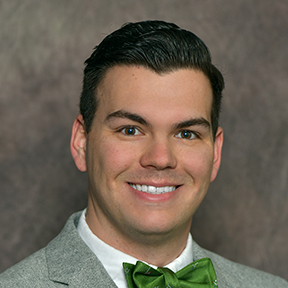 Randall M. Burke, CCPO, ENS, USN, is a rabbinical student at Hebrew Union College-Jewish Institute of Religion in Cincinnati. He was born and raised in Scottsdale, Arizona, and grew up at Congregation Beth Israel of Arizona in Scottsdale. He spent thirteen summers at Camp Daisy and Harry Steinin Prescott, Arizona, as a camper, counselor, and CIT director. Rand graduated from Barrett, The Honors College at Arizona State Universitywith degrees in history and Jewish studies and a certificate in modern Hebrew language. Rand also completed an honors thesis entitled, “Staying Jewish in America: Nineteenth-Century German-Jewish Immigration” through the Center for Jewish Studies at Arizona State.Rand has been an Ensign in the US Navyfor almost two years and will be promoted to chaplain after he is ordained. During his time as a rabbinical student he has served a student pulpit in New Iberia, Louisiana, and taught sixth grade at Adath Israel Congregation.