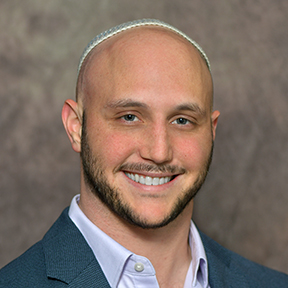 Ross Levy studies in the rabbinical school at the Cincinnati campus of Hebrew Union College-Jewish Institute of Religion. Originally from Nashville, Tennessee, Ross achieved his BA in religion at George Washington University. During his time at HUC-JIR, Ross has participated in the Shalom Hartman Institute’s year-long cohort of rabbinical students, worked at Henry S. Jacobs Camp in Utica, Mississippi, and has served as the student rabbi for Temple Shalom in Lafayette, Louisiana. He looks forward to his future learning and service to the Jewish people.