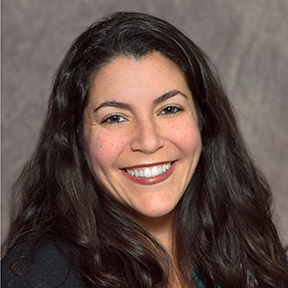 Yael Dadoun’s strong connection to Jewish education began with teaching at her local synagogue after becoming Bat Mitzvah. She made time to stay closely connected to the Jewish world while getting her BA in political science and theatre from Hunter College in New York City. Having graduated with an MA in religious education from Hebrew Union College- Jewish Institute of Religion in New York, she continues to invite people of all ages to explore their Jewish journey with her. Yael has worked in the Jewish world for over ten years as a teacher, youth director, and program developer. She taught at Congregation Kol Ami in New York for over nine years and served as cantorial soloist in a myriad of synagogues including at Congregation Ohev Sholom in Harrisburg, Pennsylvania for over four years. Most recently, Yael was the Director of Education/Principal of the Religious School at Temple Beth Sholom in Miami Beach, Florida for three years. Born into a Moroccan-Tunisian-Israeli family, she is passionate about integrating Israel meaningfully into the lives of her learners in order to create a well-rounded Jewish experience. She has greatly enjoyed her journey as a rabbinical student at HUC-JIR in Cincinnati.